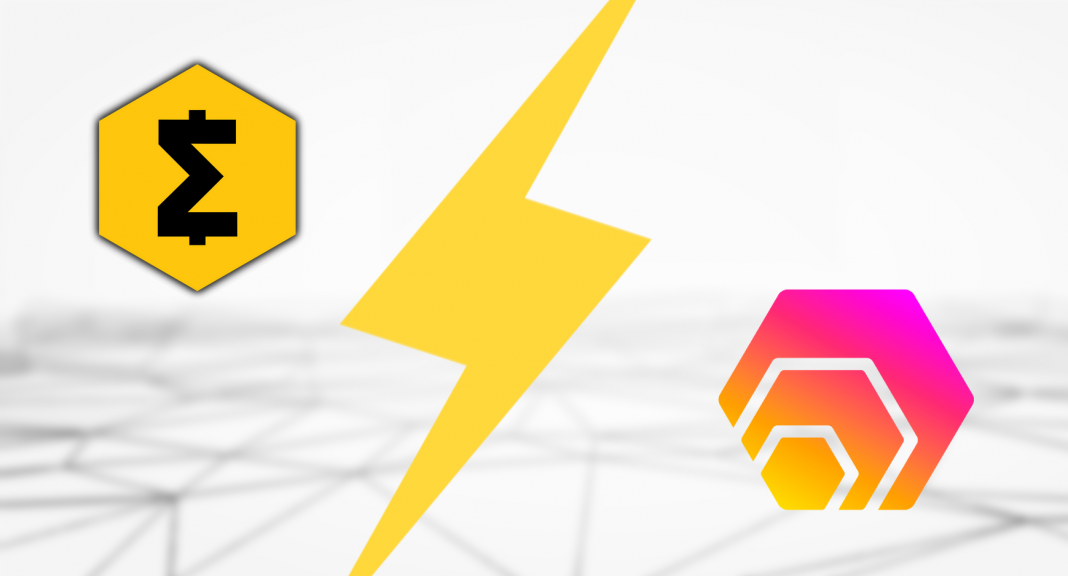 In a world with thousands of crypto projects of all kinds, it can sometimes be hard to wade through the mud for gems.

Most recently gaining a lot of attention is HEX tokens on the Etherium blockchain, with lofty claims about making lots of money for those who choose to stake it as well as claiming to fix the troubles of Bitcoin.

Looking into it more, it reads a lot like a ponzi scheme stealing ideas here and there from real projects to gain adoption and popularity. It promises big rewards for those who stake citing to be the only project of it’s kind to do so, even though it has virtually no use case beyond being a token that people hold, not even on it’s own blockchain.

How it works is users get airdropped HEX by owning BTC and claiming their tokens.

They can also purchase with ETH directly. From what I can tell there are no use cases other than getting more tokens. The idea is you register and stake those tokens for returns. Richard Heart, the man pushing this scheme, claims that if all tokens are staked you can get from 4 to 99% in returns. If less of the total supply is staked, they boast more than 350% in returns. Those who stake sooner, get more rewards, those who hold longer get more rewards. All of this paid out in HEX tokens, the value all dependent on market value, which could be nothing.

“It’s the world’s first blockchain CD that attacks the largest market in the banking ecosystem outside of savings accounts,” Heart said.

The thing with his statement above is that he’s wrong. There already are legitimate coins with their own blockchains offering reward like a bank account would, but often more with the added bonus of having more control over those funds. SmartCash is an independent blockchain with SmartRewards program being paid out without failure since 2017. I fail to see how the possibility of gaining more HEX tokens, which could be totally useless is better than a legitimate coin with adoption worldwide. It just doesn’t make sense.

He talks a lot about the energy use of Bitcoin and how it doesn’t meet the needs of its users, often exaggerating his claims of energy use for the sake of his argument. This is all ignoring that there are already solutions out there catering to the problems that Bitcoin itself has faced in recent years.

Something to consider is there’s been some fraudulent aspects to the project of well. For months after Kieran Mesquita quit, Heart was citing him as head developer for the project. Since then Kieran has come out directly to say that he is not involved with the project because he didn’t like where it was going.

The idea of a crypto projects rewarding their users for holding is not a bad idea in itself, it’s just how Richard Heart has been pushing it that makes it dirty.

Good for us, there are already reputable long standing options out there, the most obvious being SmartCash and it’s SmartRewards program.

SmartCash has 100x the transaction capacity of BTC. By nature SmartCash transactions are much cheaper than Bitcoin which is reminiscent of BTC in 2012. Hex and Heart also fail to acknowledge the fact that part of the beauty of crypto is in its usability as a currency.

SmartCash offers both, with SmartCard based payments and merchant adoption, it’s actually being used worldwide as currency. The SmartNodes network and SmartRewards program provides strength to the network while incentivizing it’s users to hold with rewards. In my experience, the cryptocurrency projects which hold the most value are those who reflect the value of the network as well as the usefulness of the product.

So where does the value of HEX even come from?

Sure you could end up with a pile of Hex tokens but what if no one values them? What if no one wants to use them, simply because they can’t? Something else to consider is that you need to stake your HEX for 50 weeks, a lot can happen in that time.

SmartCash already has a wide user base with a potential for growth as more merchants and services begin to adopt it worldwide. In places like Brazil, its already accepted at 80% of retailers. It’s already possible in several countries to completely live on SmartCash.

Hex claims to fix the need for a platform with “trustless interest” as many say. If the only use case is to “make more rewards”, it will end with a deflating bubble. Whereas a legitimate project like SmartCash with a large worldwide network already only has room to grow and gain in value as more and more people use tools like the SmartCard or the SmartBand.

For those who aren’t aware, anyone with a certain amount of SmartCash in an eligible address can earn SmartRewards just by holding for the length of the cycle to receive a certain percentage of the block rewards. This is a consistent system which has been functioning since 2017.

So this means that anyone who holds over the minimum amount SmartCash in a wallet in which they hold the keys (this includes the web wallet) will reap benefits every cycle. The Smart Electrum wallet has an easy calculator that will tell you exactly how much Smart you will be rewarded each cycle. You can learn more about SmartRewards here, as well as use a calculator to determine what your possible gains are. Something clearly more thought out and more tangible than some HEX tokens that may or may not have any value at all in a years time.