As it became known from the research article written by Aat de Kwaasteniet on November 26 and published on Medium, SmartCash is on the 11th place among the cryptocurrencies by the number of active nodes in the network.

As the author of the research says, the rating of Coinmarketcap, which is based on market capitalization, is highly questionable. Therefore, the author explored another method of ranking cryptocurrencies – by the number of nodes in the network. Previously, he was doing research on the number of users or, for example, “Which crypto becomes the new payment system”, where SmartCash took the 6th place.

ERC20 tokens and coins on other platforms did not participate in the study. Coins that are not “mineable” were also removed.

In the course of the study, the number of nodes/peers that had been connected to the cryptocurrency network in the last 24 hours was checked. 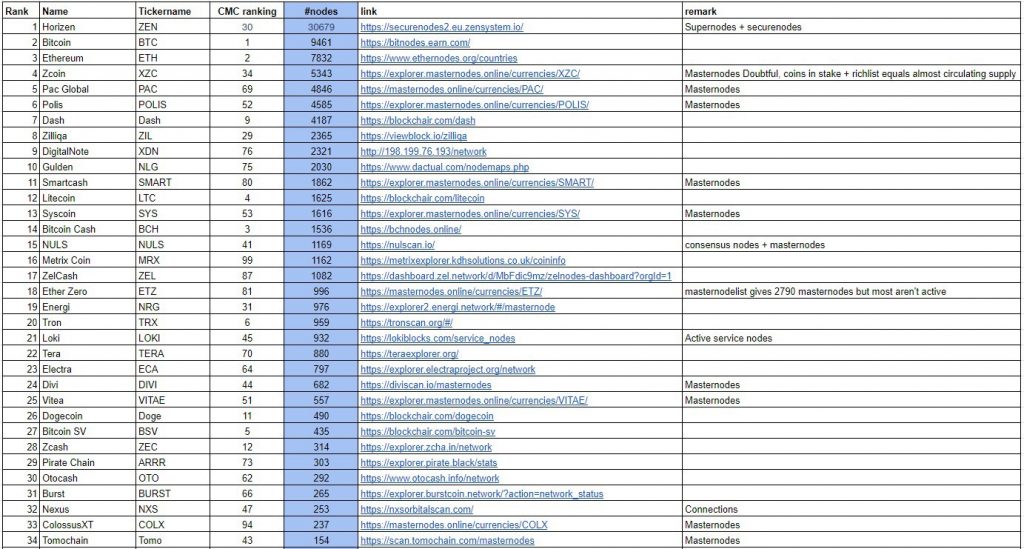 Data on the number of SmartCash nodes can be checked at any time on the site https://stats.smartcash.cc/smartnodes and currently, the number of nodes is 1866.

TermRewards and SmartRetire: The total number of locked coins is now over 31 million $SMART