Coinlance Spearheading Crypto News
Home News SmartCash v1.3 Sunrise is Coming Soon! Why is this important to all... 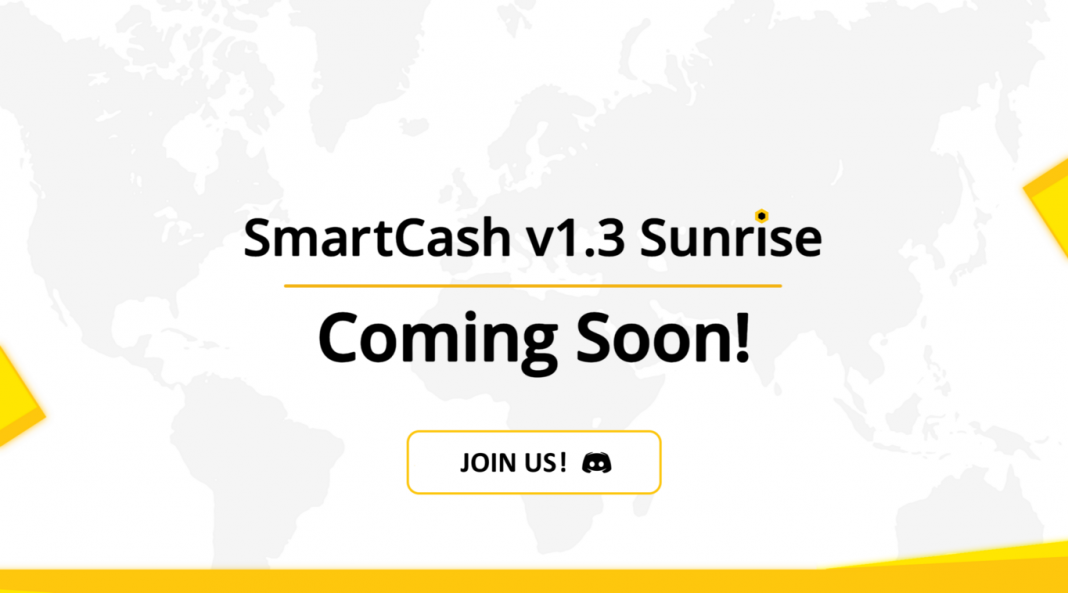 As we know for a long time, the SmartCash project team is actively working on version 1.3 for the Core SmartCash Wallet. This version is now in the final stages of preparation and is undergoing thorough testing. If you look at the GitHub statistics page here, you will see that various improvements and fixes are added almost every day. So, the whole team is focused on releasing a new version of the wallet. The exact release dates have not yet been set and will be known a little later, but every SmartCash user should already know what important changes this version will bring to the SmartCash ecosystem.

One of the most important changes will be improvements in SmartRewards payment structure. These changes will affect all users, so it is important to know about them now:

The Smart Application Programming Interface (SAPI) will allow litewallets and applications to get information from the blockchain without using an explorer.

Atomic Swap base code added to enable Atomic Swaps on a future release.

New address format added to meet Bitcoin address hash standard. We are revising the encoding for addresses to have better compatibility with 3rd party wallets.

Proposals that fail can submit with lower amount and get the fee refunded.

The version will also improve the synchronization of wallets and some other things so that users don’t have trouble loading the entire blockchain.

Take a look at the graphics below and share it so other users can learn more about important changes in the new version. 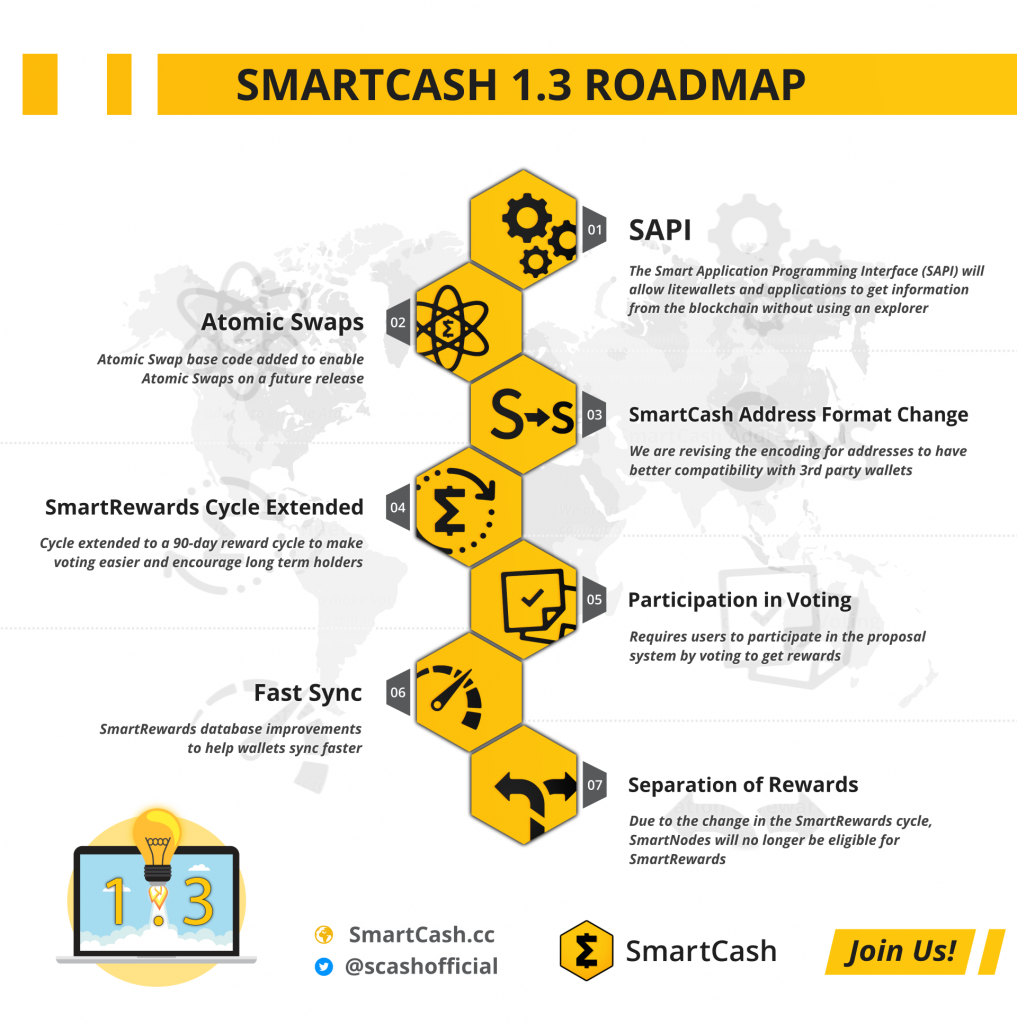 With these changes, SmartCash is putting more emphasis on community participation, improving and adding new features, opening the door to new integrations. SmartCash continues to be actively moving towards more decentralization and worldwide use.