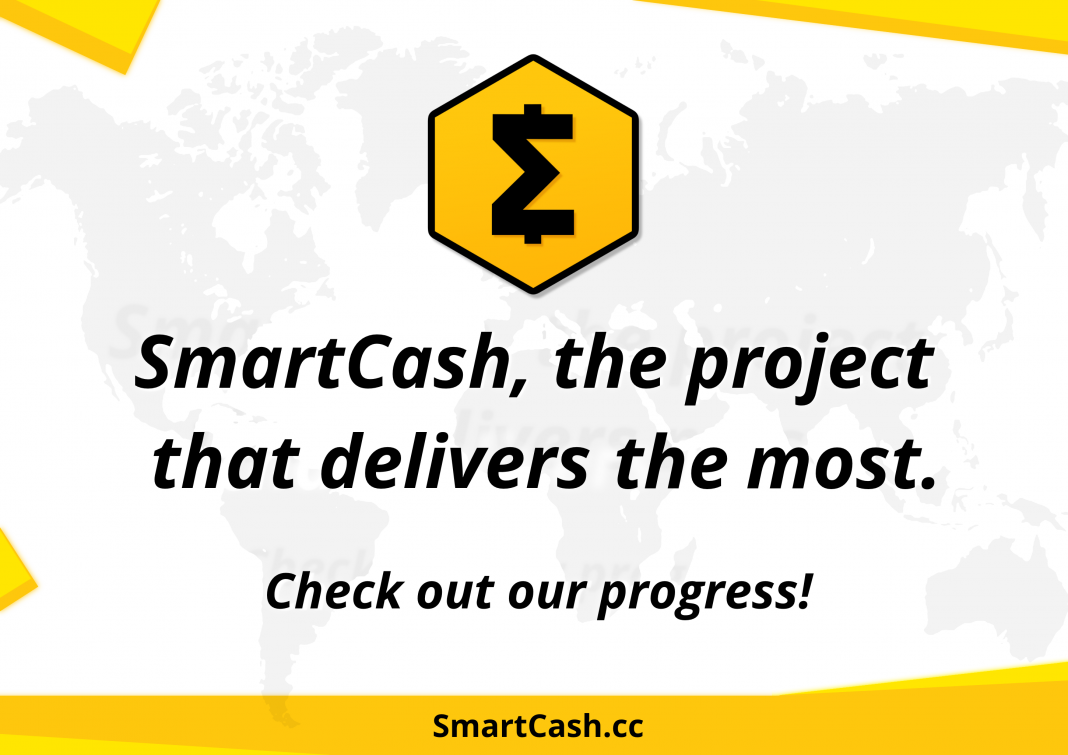 On July 11th, 2019 SmartCash celebrated it’s second birthday as a functioning cryptocurrency. So much has happened in the last few years as far as SmartCash is concerned and it’s time to review the progress to date! So many features have been added, partnerships formed and more! Adoption is spreading worldwide with concentrations in places like Brazil and Portugal, which provide snapshots for worldwide use. And worldwide use of SmartCash looks epic!

The SmartCash blockchain still lives up to it’s history of being a stable and fast cryptocurrency, adjusting and changing to remain just as fast or become even faster with features like InstantPay. As more features are added, the SmartCash experience becomes more refined making it not just a good currency but a good store of value too. Remember, what makes things valuable is the usability of them both in quality and number of uses. The fast transaction time combined with things like SmartRewards makes this coin versatile, providing a little something for everyone looking to get involved with cryptocurrency.

Part of the magic of SmartCash lies in the community which keeps it strong. The Hive teams combined with the community in general are made up of a dedicated population, one looking for a more free world financially speaking. SmartCash has grown from the original three hive teams to six and plans to continue to decentralize with more team as time goes on! The number of Smarties following on social media continues to climb!

The SmartHive Proposal system has been a hub for creative ideas to help advance worldwide adoption.

Recently passed proposals are: Increase Community Outreach in Brazil Telegram Group, Channel on YouTube Brazil and Public Event, and Spanish Speaking SmartCash Community Growth. If you have an idea on how to spread SmartCash that needs funding, consider submitting your proposal to be voted on! Around 65 proposals have been voted, approved and funded in the last 2 years, you can find a full list here!

Since it’s birth, a lot of features have been completed and even more are being added as shown on the roadmap! These are the things that set SmartCash apart and keep it functioning as expected, quickly. SmartRewards pay you back for holding your savings in SmartCash every month, better than an savings account you can get at a bank for the simple reason that you have total control. SmartHive Voting allows everyone who holds at least one SmartCash to have a say in how the project advances. SmartNodes are servers that keep the whole thing running as expected, enabling things like InstantPay and SmartRewards!

Some coming features are: native mobile wallet with multi currency trading, SuperNodes, SmartRewards Update(require holders to vote to reap benefits, adding more stability to voting program while also only crediting active addresses with rewards). Check out the roadmap for more on what’s to come for SmartCash!

There are plenty of wallet options available both third party and ones directly from SmartCash like the Web Wallet. Coinomi, Edge and Atomic Wallet have all integrated SmartCash. There’s a mobile wallet for both Android and iOS. You can also make paper SmartCash wallets if you want, making it so you could send your Grandma (or anyone) SmartCash by traditional mail if you want to!

Thanks to things like the release of the SmartBand, adoption in Brazil has been huge and has provided an excellent example of what living off SmartCash could be like. 85% of retailers in Brazil now accept SmartCash! Important partnerships with Kamoney, HugPay all make living off SmartCash in Brazil possible and easy. The House of Nakamoto in Vienna, Austria included a SmartCash section, ATM and payment acceptance!

The SmartCash community is robust and full of people dedicated to making this project what it is. There are worldwide SmartCash meetups set up by the community including in Brazil, the United States and Europe! SmartCash has sponsored a bunch of events at this point including Anarchapulco, Anarchaforko and Consensus!

SmartCash has been mentioned in the media, by people like Roger Ver, Trace Mayer, Adam Kokesh and more! SmartCash started it’s own podcast called SmartTalk radio to help spread the word and discussion, inviting guests like the people from Ellipal Hardware Wallet and more!

Merchant adoption continues to spread worldwide, concentrating in Brazil and Europe for the most part. You can now pay for dental in Acapulco and shirts from the WikiLeaks Shop all with SmartCash! There’s a directory on the SmartCash website for Places to Spend SmartCash.

In the last 2 years, SmartCash has proven itself as a resilient project with a strong community dedicated to making it what it should be. It’s meant to be currency and our plan is ultimately to replace fiat currency, both as a store of value and as a currency. Learn more at http://smartcash.cc/