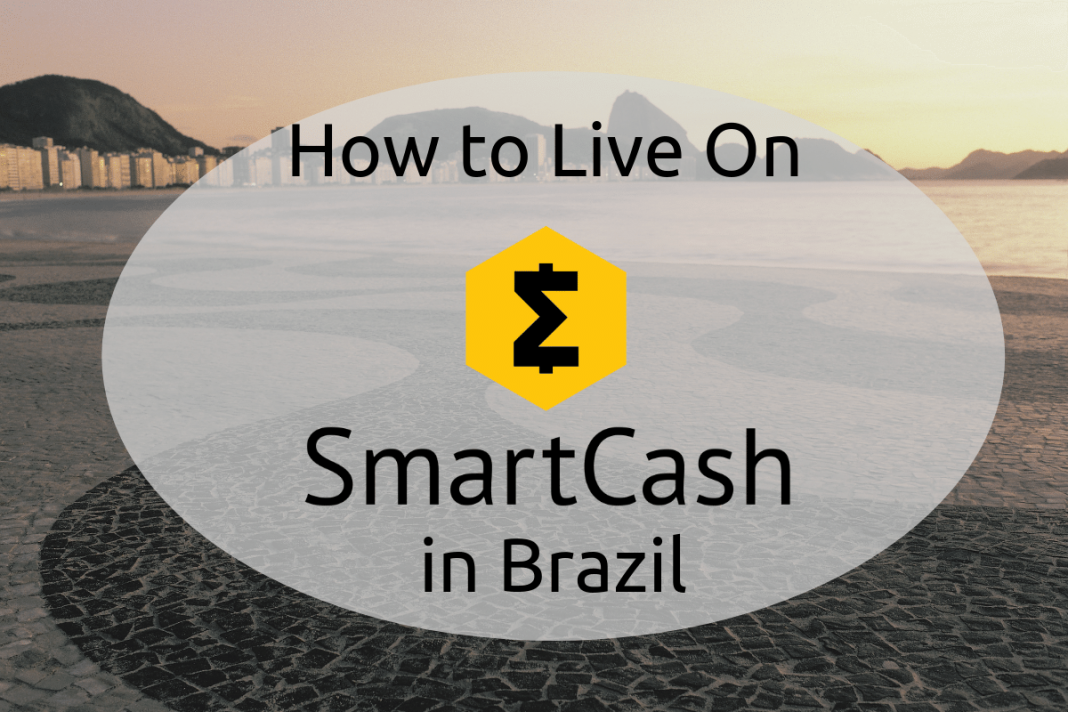 SmartCash is international but it’s definitely easiest to live off of it in places like Brazil and Portugal. These places really are just an example for what worldwide usage of Smart looks like and it seems pretty bright.

There’s already a series out that’s in Portuguese about how to survive on SmartCash and there’s now an updated one in the works as it’s now even easier to live on Smart in Brazil these days, with SmartBand in Brazil, you can pay in Smart at 2.5 million places (85 % of retailers). The series highlights the most useful of the SmartCash features and services like the SmartBand and SmartCard when crypto enthusiast YouTube Channel Canal Voepa is given the challenge to live off SmartCash exclusively!

It’s a silly but informative series that is just as much entertainment as it is a demo on how to live on Smart in Brazil. In the series he acts like the guy who bought those 2 pizzas with 10,000 Bitcoin as so famously happened so many years ago now. He demands his coin back and ends up agreeing to a fight, which is funny for an old man.

But the meat of the series is really in the demos, from him paying a forgotten water bill to loading up his SmartBand for the purpose of buying groceries. Through the three videos he makes it obvious it’s not only possible to live off SMART but fun to do so. Not only that but there’s a lot of different ways to adapt SmartCash to your needs.

For most people who hear about cryptocurrency, the first issue always raised is usability. Truth is it takes a lot of work to make a crypto usable through negotiations and outreach. Most new people coming in want an easy solution and places like Brazil can be a snapshot for what real world use of SmartCash is like!

When you try and put the currency back in cryptocurrency, amazing things can happen. Looking forward to see this just get bigger and spread farther than it already has!

To see the video series, check out the links below!