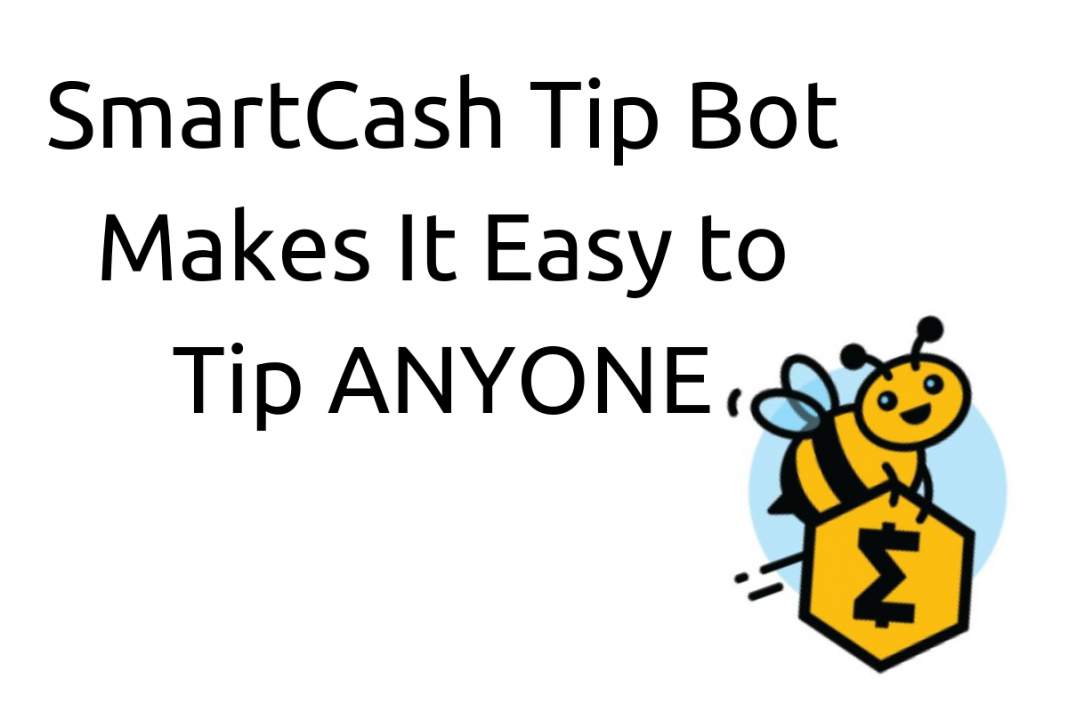 It’s one thing to be able to buy and hold crypto-currency but to use it in useful ways is another and honestly that’s what got me excited in the idea of Bitcoin back in 2012 when I first heard about it. It wasn’t just how easy it was to purchase Bitcoin, it was about using it and all the different tools and services that were developed to make it better and more user friendly.

SmartCash is special to me because of the fact that its dedicated still to being a currency, one actively used not just as a store of value but a means of exchange. SmartCash makes it easier for you send SMART to other people with an emphasis on things like fast transactions and ease of use. The SmartCash Tip Bot makes sending SMART to anyone easy.

I had heard about the SmartCash tip bot for Steemit but hadn’t used it. When I joined the SmartCash team they sent me some SMART on Twitter for the purposes of a giveaway and some to tip valuable tweets here and there. I am new to Twitter in general and didn’t know about this tool, which honestly makes Twitter more exciting to me. It’s also available for Steemit and Discord. 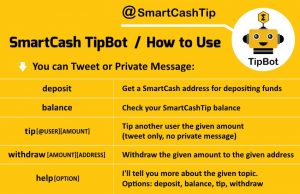 Using the commands and tagging the tip bot which is @SmartCashTip on twitter you can message the tip bot directly or communicate with it via tweet. It makes it so you can send SMART to anyone on Twitter as a tip, they don’t need a smart address to accept it or anything. 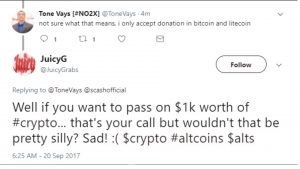 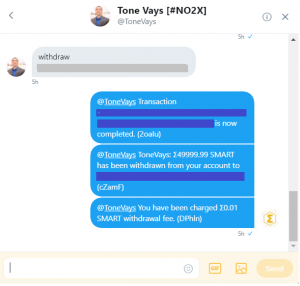 Something I learned that I found funny was that this fact got Tony Vays to take a Smart donation despite being a Bitcoin maximalist who hates altcoins. When SmartCash tipped him 50,000 SMART back in 2017 he first refused saying he only accepted donations in Bitcoin and Litecoin. It wasn’t long before he realized that was 1000 dollars he was turning down and he accepted the donation by withdrawing the SMART. Now with the new fiat option meaning you can send the amount of SMART pegged in fiat, not just number of SMART maybe people will start to understand the value of the tips they are receiving!

It’s a good way to spread the usability of SmartCash as well as tip your friends for their content. There honestly are not enough ways out there to tip those that keep us informed or even entertained, but thanks to crypto-currency that is changing.

If you want to get involved, start by asking the tip bot for help by either tagging it in a tweet with the command “help” or messaging it with that for more information and to feel your way around using it!