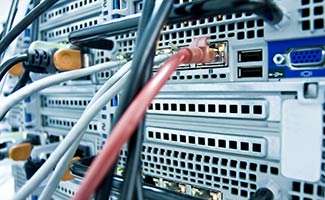 Crypto enthusiasts have long held that someday, cryptocurrency would replace traditional currency. That would mean the majority of a local population (or world population) using a decentralized currency or currencies in place of fiat currencies like dollars, pounds, or Euro.

That reality would demand that at least one major world power adopt a specific cryptocurrency or multiple cryptocurrencies as its main form of currency, undergoing a transition process that would take years to decades. But how close are we to beginning that transition? And which major country will be the first to make a move?

The race to be the first country to adopt a digital currency is over. Already, the Marshall Islands have created their own cryptocurrency as a form of national legal tender. Though the country only has a population of 60,000, it’s garnered a lot of attention.

In some ways, the Marshall Islands were beaten to the punch by Venezuela, which launched the Petro, a virtual currency backed by oil reserves. But what’s different here is that the Marshall Islands are legally recognizing its currency (Sovereign, or SOV) as legal tender. However, the SOV is a bit different than Bitcoin, Litecoin, SmartCash, and other currencies because it requires its users to identify themselves.
It remains to be seen how this adoption will play out since it’s so new, but for crypto enthusiasts, it certainly is promising.

The Main Obstacles to Adopt Cryptocurrency as a Country

So why aren’t more countries working to adopt cryptocurrencies as a national standard?

These are the main obstacles:

If your population doesn’t know what cryptocurrency is or doesn’t know how to use it, there’s no point in making the transition. Today, crypto isn’t exactly user-friendly; the average tech-savvy individual can learn the basics of cryptocurrency in a few hours, and may be able to put a crypto wallet together with minimal time or effort, but major countries have to think about millions of people, many of whom aren’t tech-savvy.

Public opinion also matters. If your population fears cryptocurrency, or doesn’t understand it, they’re not going to support a transition, and may actively resist one, slowing the process dramatically. The best way to overcome this hurdle is with acceptance, awareness, and time; already, businesses in the United States are moving to accept cryptocurrency as a form of payment, and consumers are becoming more familiar with the advantages of this digital tender.

Countries are also concerned about adopting crypto because of the lack of regulation that comes with it. Most modern cryptocurrencies were created by individuals or groups, with set rules for how they can be mined and exchanged. Many users have flocked to crypto because of this decentralization, but it isn’t a wholly “good” thing, especially in the eyes of most governments.

In the United States, our currency’s value and our economy’s momentum are linked strongly to the actions of the Federal Reserve Bank. Our government has strict control over how currency is used, how it’s circulated, and how available it is to financial institutions. Opening the door to crypto would mean sacrificing at least some control, or else creating a digital currency with a whole new set of rules and regulations. Neither option is appealing to proponents of the current system.

The strength of the world economy depends largely on the stability of our national currencies. Despite minor, daily fluctuations in value, the US dollar, the Euro, and other forms of currency throughout the world are relatively stable, allowing people to price goods and services consistently, and preventing economic disasters like hyperinflation.

In their relatively short life, cryptocurrencies have been extremely volatile, with Bitcoin growing from almost nothing to $20,000, then shrinking back down to $6,000 in less than a year. This volatility will likely fade as crypto becomes more publicly accepted and traded with a higher market cap, but it’s hard to say exactly when these stabilizing factors will come into play. No country wants to take the gamble on a cryptocurrency that could fluctuate wildly after being introduced. However, one key aspect of most cryptocurrencies is that the government can’t just print more of the currency, thus preventing hyperinflation as well.

Blockchain is an amazing technology, but it’s not without its downsides. One of the biggest problems is scalability; the blockchain works perfectly well when handling a few hundred to a few thousand transactions, but when a system demands millions of transactions, its capabilities begin to break down. The more users you add to a system, the more time it takes to put a transaction in the block, and the longer it takes to reach a true consensus for each transaction.

There are proposed solutions for the scalability problem, including sharding or increasing the size of each block, but they’re not proven enough to launch the use of cryptocurrencies at a scale that would allow 300 million people to use it freely in place of traditional currency.
In the same vein, we have to worry about the longevity of any cryptocurrency. It doesn’t make much sense to introduce a blockchain-based currency if an even better technology emerges in the next few years; we don’t want to keep replacing our digital currencies with newer versions every time there’s a potential upgrade.

Finally, there’s the problem of privacy and traceability. Crypto has been lauded by enthusiasts because of its pseudonymity, and with some coins, With the latter, if implemented correctly, no one can track what you’re buying or selling.

For governments, this can be a problem. Not being able to track things like citizens’ income and purchases could lead to fraud and tax evasion, among other crimes. One solution here is issuing your own cryptocurrency, which can be better tracked—like the Marshall Islands did, though this might not be pleasing to the wider cryptocurrency community.

Challenges notwithstanding, which major powers have made progress toward adopting a cryptocurrency or adopting one of their own?

Some world powers are global advocates of cryptocurrencies. They have formally recognized Bitcoin and/or other cryptocurrencies as legitimate means of exchange, and in some cases, legally recognized investments. Countries in this category include the United States, Canada, Australia, England, Spain, Sweden, Finland, and Norway. There’s also one of the most crypto-friendly nations in the world, Japan, which has passed a law that accepts Bitcoin as legal tender.

There are also countries that haven’t explicitly taken much action on crypto, but seem friendly in general and/or are working to make it easier to use the currency. Countries in this category include Russia, South Africa, France, Italy, and Poland. They’re a few years behind the most advanced powers, but could catch up given the right circumstances, or if they see crypto breakthroughs at a different pace than other countries.

Then there are countries that have either completely removed themselves from the debate, or have outright forbidden the use of cryptocurrency. These countries include Iceland, China, and India. It’s unlikely that any country in this category would progress rapidly enough to be the first major world power to offer a digital currency.

Thanks to the challenges in place, it’s still going to be several years, if not a few decades, before we see the first major world power launch its own cryptocurrency. But there are countries that look poised to embrace the transition once it becomes feasible. Small countries may follow in the footsteps of the Marshall Islands or Venezuela in the meantime, but chances are, a progressive, tech-focused country like Japan will be the first to make a move on the world stage. As long as people remain actively interested in crypto as a viable alternative for the future, we’ll continue to make progress.

Bitcoin Confidential invites everyone to participate in the Meme Tournament, which starts today!